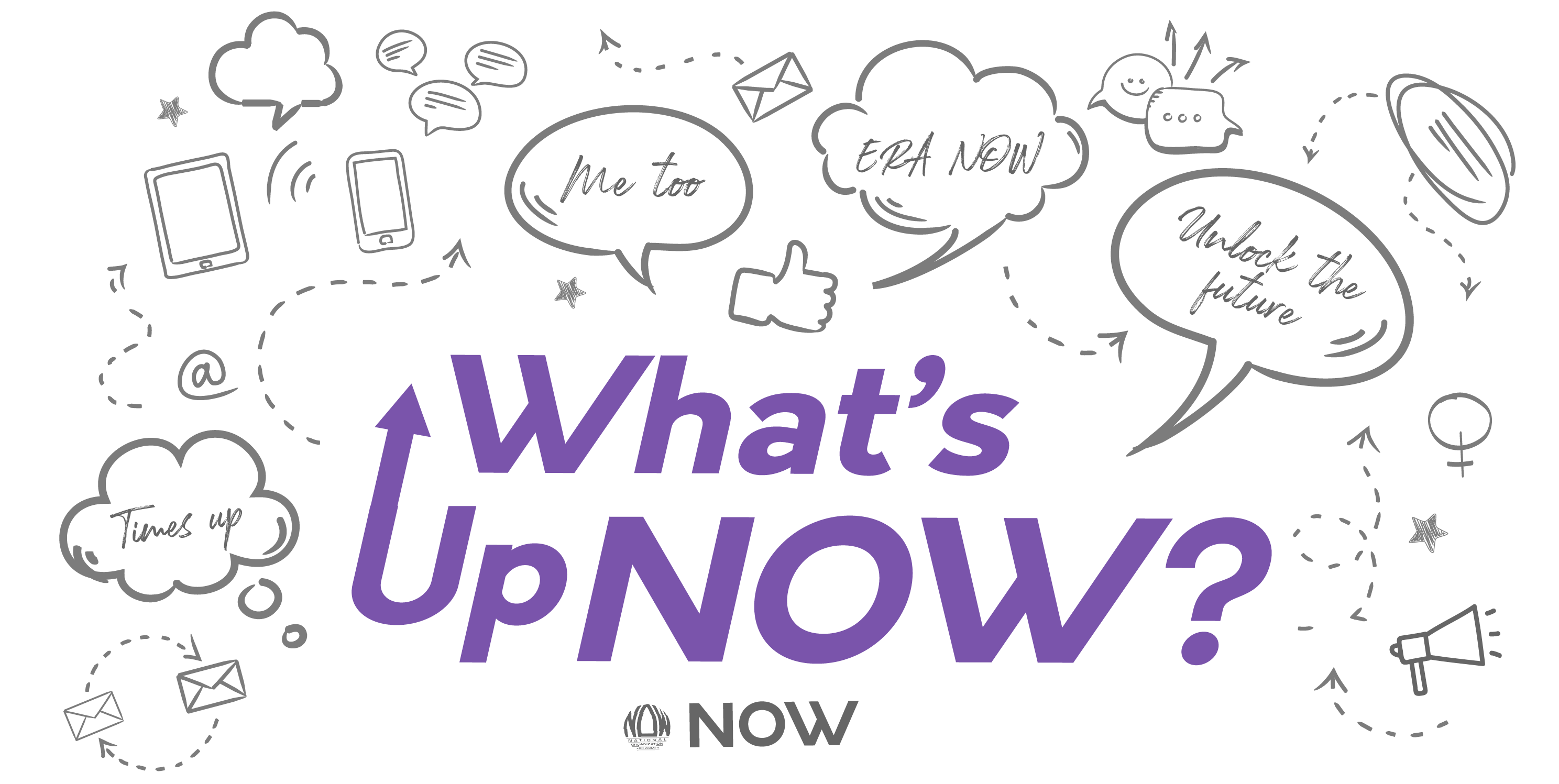 NOW and The Outrage Celebrate the Holidays RBG Style

Over the holiday season NOW partnered with The Outrage to bring the spirit of the Notorious RBG to festive gatherings everywhere with the best-selling RBG ugly holiday sweater. Stay tuned for more exciting opportunities to shop feminist in the future! 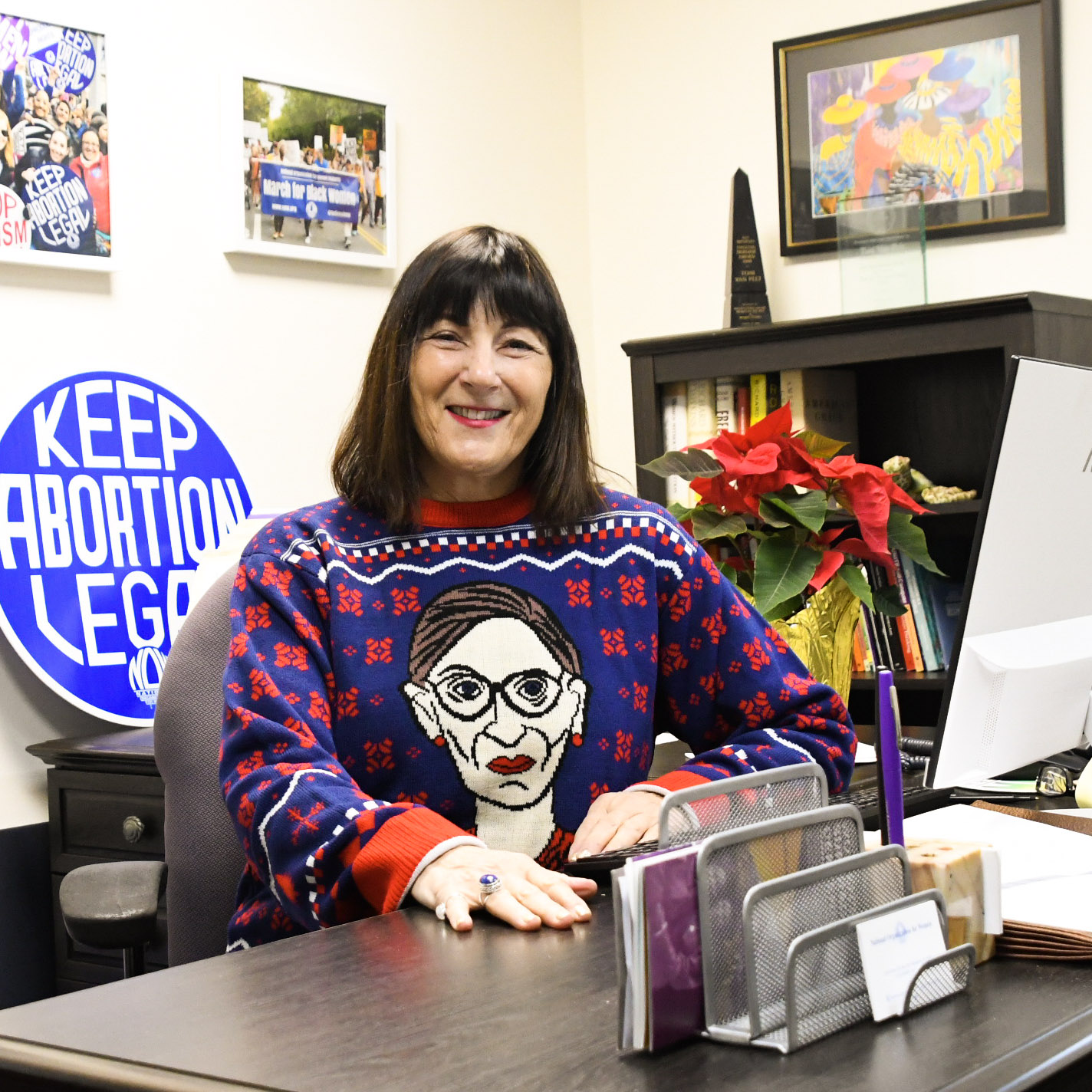 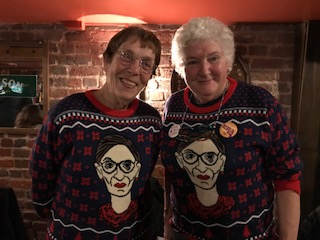 The link to membership application form.

NOW values the contributions and activism of each local and state chapter.  We rely on you all to disseminate NOW’s agenda and advocate around NOW’s core issues in your community.

Here is a checklist to ensure that your Chapter is eligible for rebates and grants:

Note: one person cannot hold both positions. Please cross check the chapter portal to find out which officers are listed.

Any chapters not in compliance should have received a letter highlighting any areas they need to address. The new compliance deadline is January 31, 2020. If you have any questions or concerns, please reach out to Supria at chapters@now.org. Please note that due to a high volume of emails regarding compliance, it may take several business days to return your email. Thank you for your patience.

A Florida Keys judge seeking 10 years’ worth of dating history from a woman who says her ex-boyfriend attacked her in 2018 has earned the well-deserved ire of many women’s rights groups, led in large part by Florida NOW chapters.

“Judge Fowler’s ruling is uncalled for and out of line,” said Florida NOW President Kim Porteous and Key West NOW Vice President Christine Thompson in a statement that was picked up in the Miami Herald and a number of news outlets. “It sets the standard of re-victimizing a person who reports abuse. This ruling will set a dangerous precedent, ultimately stifling victims of abuse from seeking justice.”

If upheld, the ruling would only discourage victims from coming forward, the statement continued.

President of the Massachusetts Chapter of NOW Sasha Goodfriend was profiled by Teen Vogue, highlighting her work on Menstrual Equity and taking readers through a journey of one of her very busy days! The article is available at: Sasha Goodfriend: A Day in the Life of a Menstrual Rights Activist

If your chapter has recently been featured in the news media, please send your clips to press@now.org 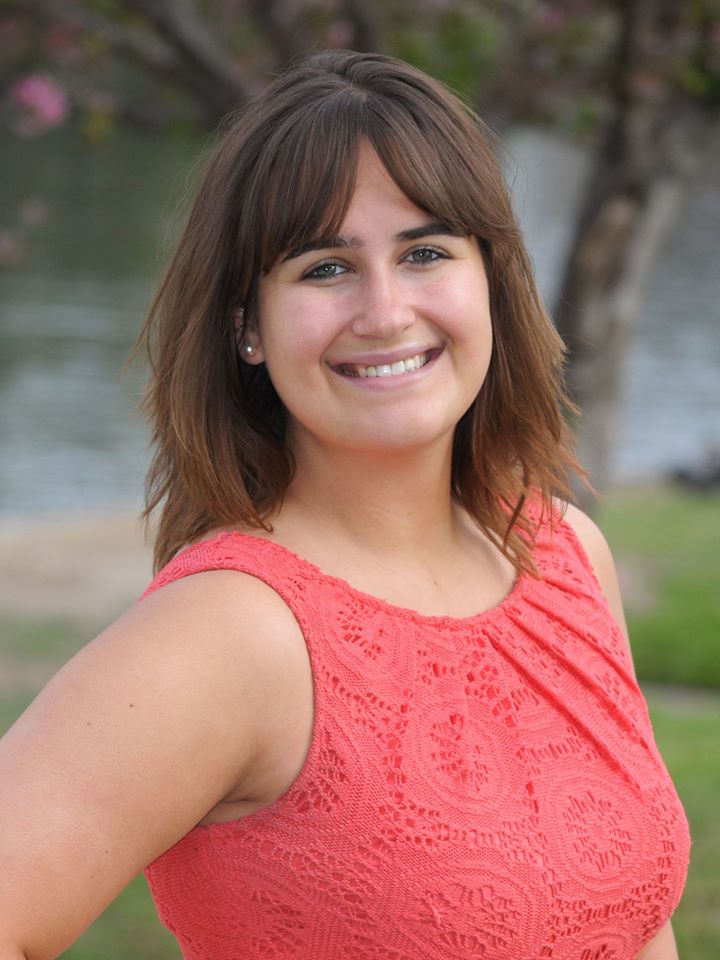 NOW has brought Sara Mitchell on board to be the incoming Political Director, as Linda Berg is retiring after 30 years of service to the organization.

Prior to joining NOW, Sara was in Los Angeles at the largest Planned Parenthood affiliate 501(c)4 and Political Action Committee in the country, working on coordinated and Independent Expenditure campaigns for local, state and federal candidates in Los Angeles County. During the 2018 midterms she managed an Independent Expenditure field operation in California District 25 to elect former Congresswoman Katie Hill. Additionally, she launched and trained more than 15 hyper-local, patient-led volunteer groups that engaged in successful grassroots policy and electoral campaigns.

Sara was born and raised in Vienna, VA, earned a political science degree at Virginia Tech and is a member of the Vienna NOW chapter. She also has years of experience in print journalism, nonprofit communications and lobbying.

Linda’s service to NOW spanned from electoral strategy to organizing to expanding women’s rights and voters’ rights. In addition to her political work, Linda coordinated NOW’s decades-long pursuit of the rights of women to own, operate and be employed by the broadcast industry in proceedings before the Federal Communication Commission.  She also drafted NOW’s U.S. Senate Judiciary Committee testimonies on the women’s rights records of numerous Supreme Court nominations.

The NOW board recently confirmed Linda’s appointment to be on both the NOW and NOW PAC advisory boards so that she can continue her active involvement with the organizations. NOW and NOW PAC are grateful for Linda’s expertise as a political strategist and attorney and wish her good luck in her retirement.

The NOW Political Director manages the NOW Political Action Committee, which is the endorsing body for NOW for all federal candidates. Since 1977, NOW PAC has worked to elect more uncompromising feminists to the White House and Congress. NOW PAC’s aggressive grassroots organizing and early support for feminist candidates have been changing the face of those elected to federal office.

2020 Federal Endorsement FAQs
NOW PAC has created a 2020 FAQ that explains how NOW PAC makes federal endorsements and how individuals and NOW chapters can (and often, CANNOT) engage with endorsed federal candidates. Please reach out to your State President or State PAC Chair with any questions about your state’s endorsement process. 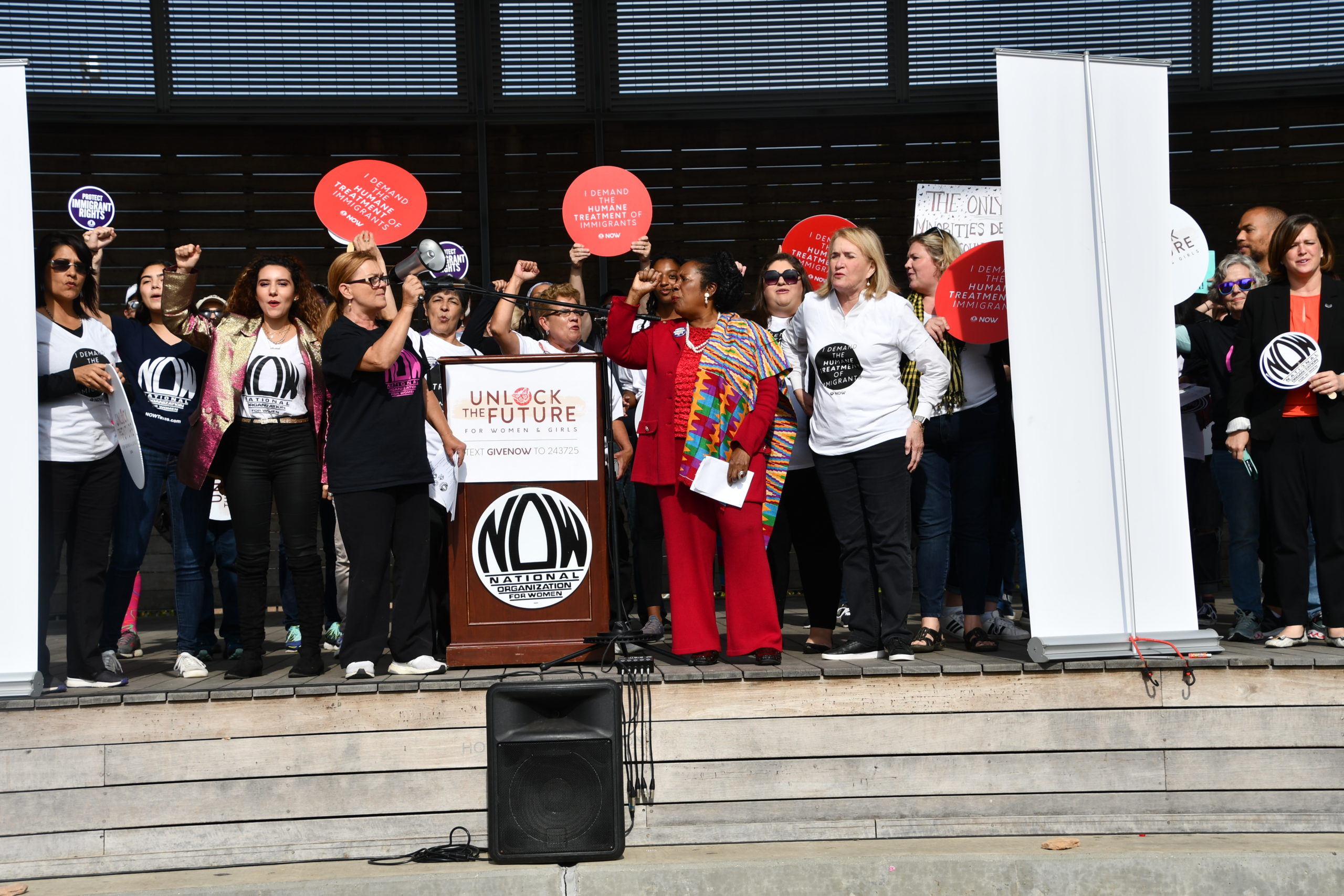 Thank you to our Texas NOW, Houston NOW, and Austin NOW chapters for all of their hard work to ensure the event’s success, especially Cindy Drabeck and Karen Adams!

You can read Congresswoman Garcia’s remarks here, view the rally at our Facebook livestream video and see the photo album here. 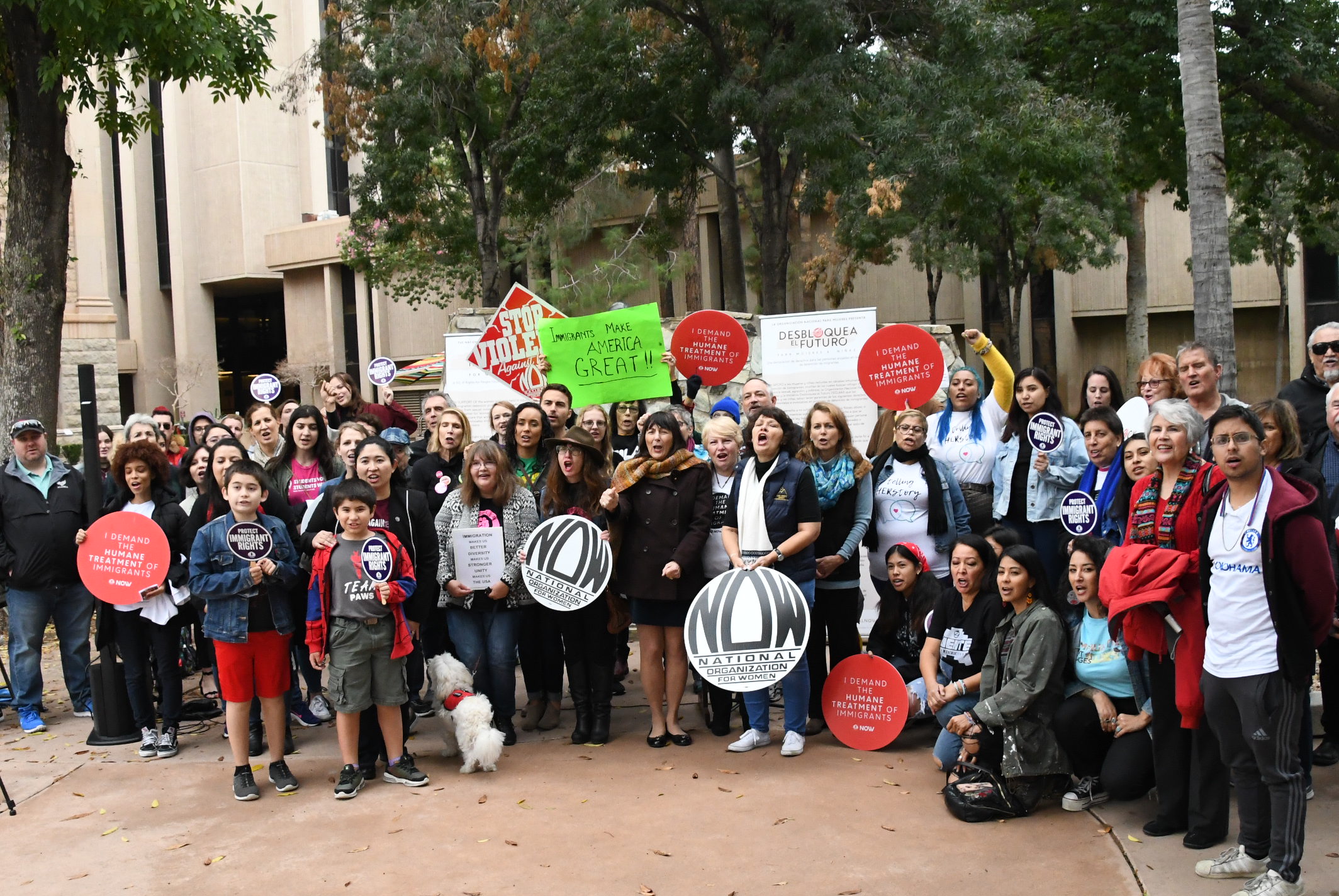 On Dec. 8 we hosted our final rally for 2019 in Phoenix, with powerful speeches by State Senator and NOW Board Member Victoria Steele, Reproductive Justice Activist and Immigration Detention Survivor Alejandra Pablos and Erika Andiola, Chief of Advocacy for RAICES, our rally cosponsor. See a full list of speakers here.

Many thanks to Arizona NOW President Sheila Ogea who did a fabulous job of organizing and served as an MC for the event.

Despite some rainy weather we enjoyed a robust crowd and significant media coverage, including:

Photo albums from all three of our Unlock rallies are available here. Stay tuned for more exciting campaign events ahead in 2020!

After the Houston rally, NOW Board members and chapter representatives toured a Houston detention center where women, many of them in tears, said they had been separated from their children for up to six months and had no idea where they were. They also spoke of having limited access to feminine hygiene products and were forced to use toilet paper or risk bleeding through their clothes.

In Arizona, NOW staff and members toured the for-profit detention prison Eloy, where survivors told us they slept on unwashed bedding for months at a time, ate moldy bread and drank rancid milk. Those that chose to work only receive $1 per day and may have to work up to two weeks just to afford a 10-minute phone call to their children or a small tube of toothpaste.  Many were only given paperwork only in English and were not educated about their rights in their native language. NOW will be providing more details on these tours in the future. 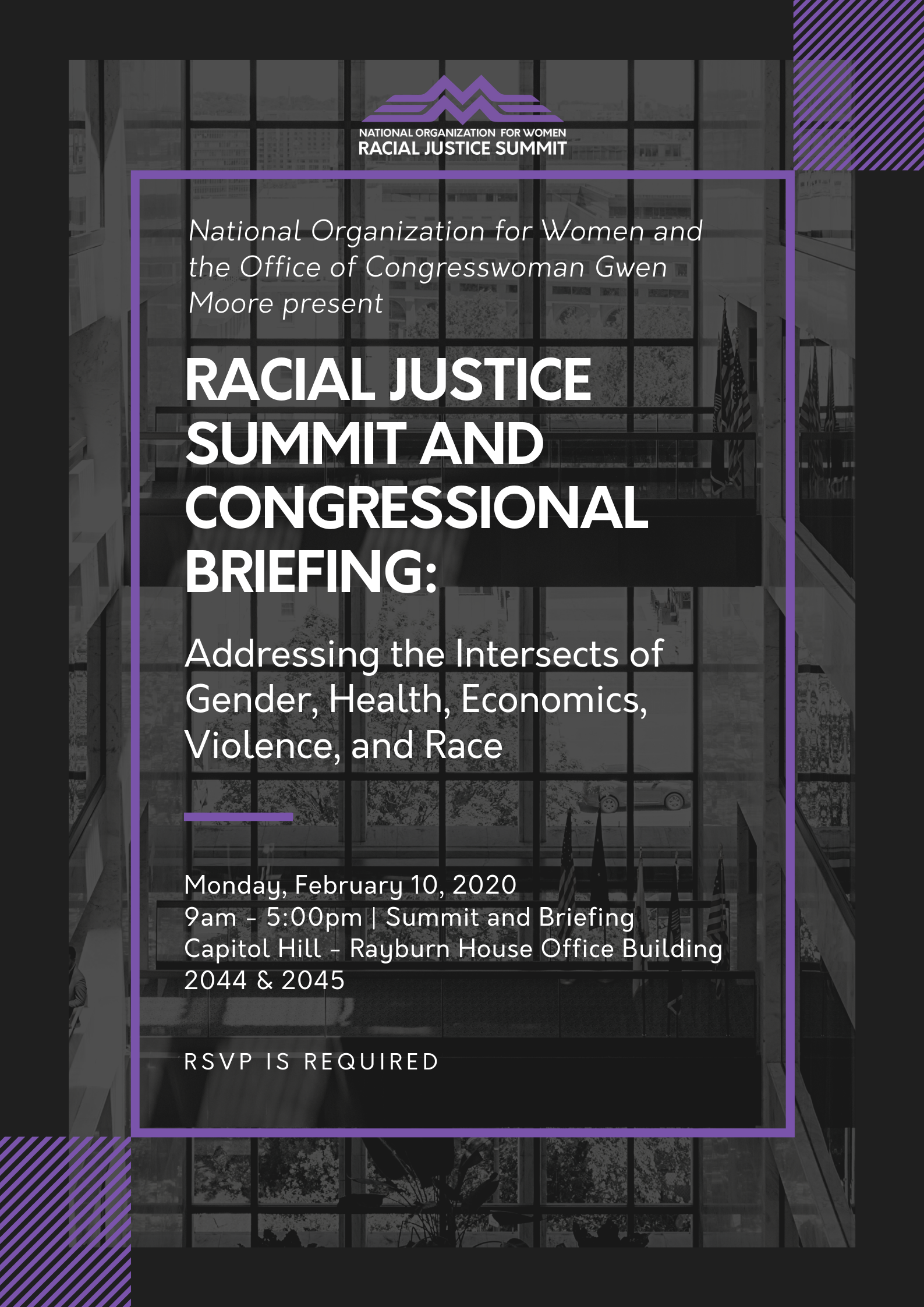 Feminist Majority and NOW are teaming up for a joint 2020 conference—titled “Fired Up—Ready to Vote!” which will be the most ambitious and most momentous such gathering in memory. We will meet in Washington, DC, from June 5-7– right before the party conventions start the final stretch of the presidential campaign. Conference registration is available and if you book your room at the Capital Hilton now you will secure a special conference rate.

The company, Checks Unlimited, carries NOW branded checks, for which NOW receives a small royalty from every sale. Order your “NOW” checks today!

NOW in the News

A key component of NOW’s mission is to monitor and elevate the country’s progress and shortcomings in regards to women’s rights through press statements and earned media. Recent highlights include our condemnation of football player Antonio Brown and the New England Patriots, our celebration of Women’s Equality Day, and statements on the future of the Equal Rights Amendment.

Below are a sample of our recent press statements or read more here: Media Center.

Keep an eye out for NOW in upcoming PBS documentary! 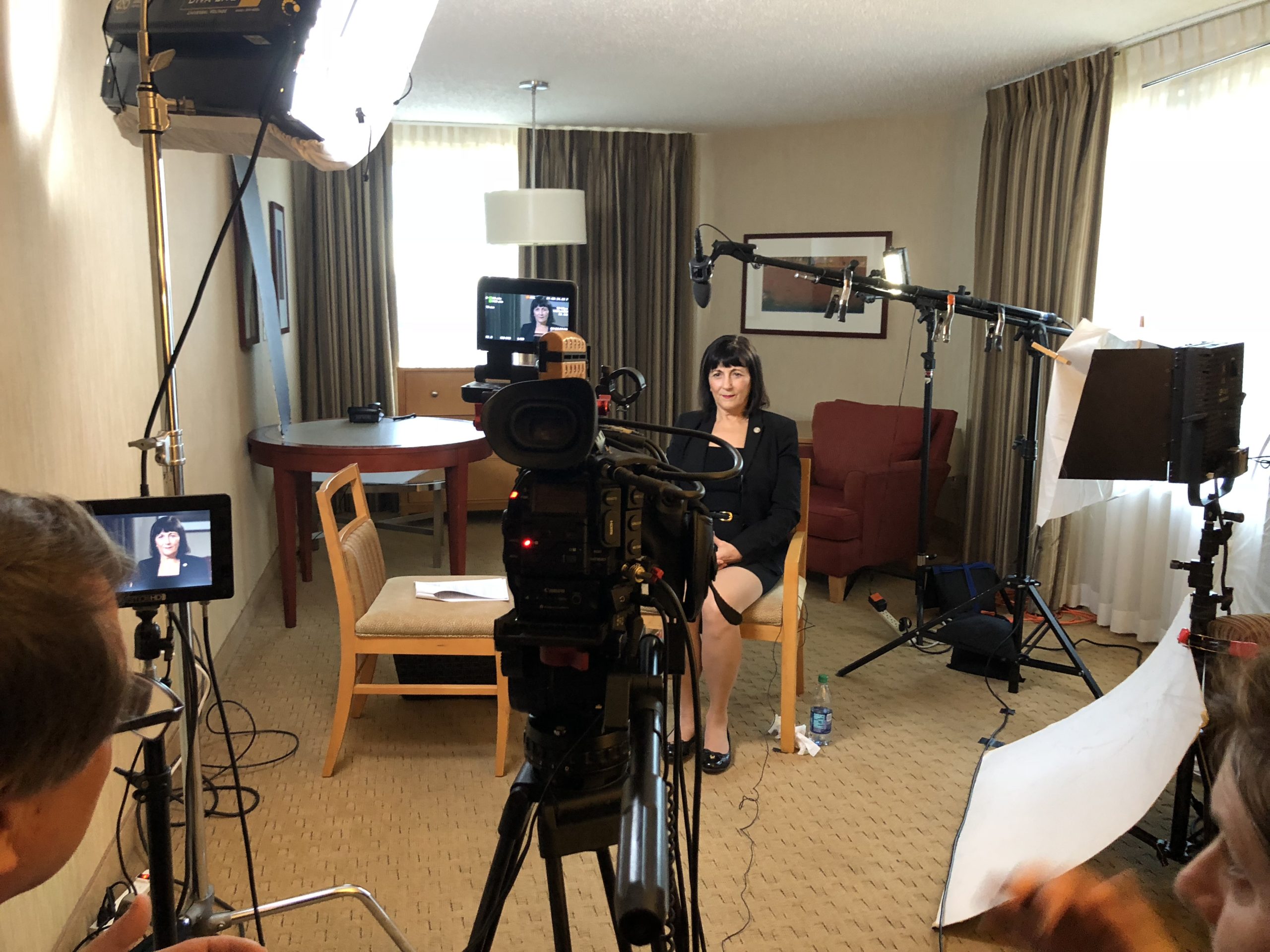 The upcoming PBS documentary Rise Up: Songs from the Women’s Movement will tell the story of music and feminism, from suffrage to Sister Sledge to Sasha Fierce. National NOW President Toni Van Pelt was interviewed for the documentary in early November to evaluateher own perceptions of the role of music in the women’s movement. She shared the story of how NOW helped her get her first job, supplied sharp commentary on hot topics in women’s issues, and even sang an ERA-themed song!

Stay tuned to @NationalNOW on social media for air dates.

Rise Up: Songs from the Women’s Movement is set to be released in March 2020.

A bill that would have decriminalized prostitution in Washington, DC, will not move forward after an emotional hearing at The Council of the District of Columbia-Committee on the Judiciary and Public Safety that featured testimony from NOW President Toni Van Pelt and Vice President Christian F. Nunes, who both spoke out in opposition to the legislation.

The bill, the misnamed “Community Safety and Health Amendment Act,” would have enticed and embolden a criminal industry that is based on a system of sexual exploitation, Van Pelt said in a statement.

NOW has long supported removing criminal penalties that are applied to sexually exploited women, expunging their criminal records and providing them with supportive programs.  However, the buyers of sexual acts: pimps, traffickers, hotel and motel proprietors and brothel owners must be charged with crimes and put out of business.  This approach is known as The Equality/Nordic Model, and has been successfully adopted by Sweden, Iceland, Ireland, Northern Ireland and France.

To counter the DC bill and other similar efforts rolling out around the country, NOW has launched the End Demand campaign and web page to educate the media and public on our position regarding this vitally important issue.

History Made in Virginia!

After a hundred-year journey full of heartbreaks and triumphs, the Equal Rights Amendment (ERA) is poised to finally be part of the Constitution of the United States.  NOW President Toni Van Pelt stood on the floor of the Virginia’s House of Delegates on Jan. 15th  as they voted to become the 38th and final state needed to ratify the ERA.  The bill was also voted through in the state Senate. Read our full statement here. 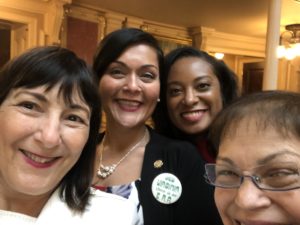