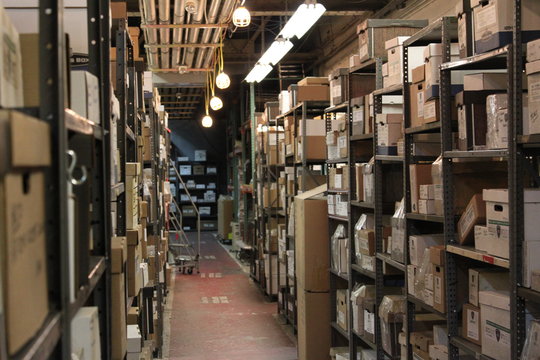 Every 107 seconds, another person is sexually assaulted. According to the Rape, Abuse & Incest National Network (RAINN), each year there are about 293,000 victims of sexual assault. Sexual assault is a horrendous epidemic; it affects innocent lives. It terrorizes and destroys communities. Sexual assault is a violation against one’s ownership over his or her body, and it is an affront to humanity. It changes lives forever.

Some may argue that a witness’ account of what happened to her—as the overwhelming majority of survivors are females—is evidence. The survivor, herself, is evidence. Indeed, she is. However, a survivor’s account alone is not sufficient to seek action against the perpetrator and bring him to justice.

DNA Testing to Bring about Justice: The introduction of forensic evidence in the mid-1980s completely revolutionized the way the United States judicial system solves crimes over the past three decades. At a 99 percent success rate, DNA testing is regularly used to match crime scene evidence with perpetrators, and is used to convict murderers and get the wrongly accused out from behind bars. Perhaps no crime is better suited to DNA testing than sexual assault, as perpetrators leave behind an array of biological material—skin, hair, and bodily fluids—on survivors’ bodies. When she reports the assault to the police, a hospital or rape crisis center, a doctor will photograph, swab and conduct invasive and exhaustive examination of the survivor’s entire body for DNA evidence left behind by the assailant. This process takes four to six hours to complete. The evidence—DNA swabs, hair, photographs, and detailed information gathered from the survivor—is collected and preserved in an evidence kit, which is known as a rape kit.

DNA evidence contained inside rape kits can be a very powerful tool in solving and preventing crime, as it can identify an unknown assailant, confirm the presence of a known suspect, connect the suspect to other crime scenes (especially due to the fact that many sexual assault cases are repeated offenses), and exonerate the wrongly convicted or accused. However, only 3 percent of rapists will ever serve a day in prison.

Nationwide Rape Kit Backlog Hinders the Judicial Process: The recent discovery of 200 untested rape kits in Memphis, Tennessee, added to the city’s backlog of over 12,000; over 11,000 untested rape kits in Detroit, Michigan dating back to the 1980s; contributing to a  rape kit backlog of  over 400,000 across the United States, is indicative as to why it is extremely rare for rapists to get convicted and for survivors to ever get the justice they deserve. Even more disappointing, perhaps it is one of the reasons as to why the majority of sexual assault incidents are not reported. How does she seek justice or have faith within a system that does not support her interests—a system that was not designed to support women in the first place?

With a rape kit backlog of over 400,000 across the nation, one must ask what is the problem—what is the cause of this massive number?

White House and Nationwide Initiatives to Address the Backlog Issue: One of the problems lies with the fact that testing a rape kit can cost anywhere from $500 to $1500, meaning the backlog would take hundreds of millions of dollars to clear. However, under a new plan announced by the White House, the President’s Fiscal Year 2016 Budget Proposal to Combat Violence Against Women, $41 million will be used to continue the Sexual Assault Kit Initiative under the U.S. Department of Justice (DOJ), Office of Justice Programs (OJP), Bureau of Justice Assistance (BJA); and another $20 million for research under the Department of Justice’s National Institute of Justice to “identify more effective and efficient strategies for reducing backlog of sexual assault kits.”

Across the nation, there are ongoing legislative efforts—ranging from laws requiring police departments to process their untouched kits in states like Colorado, Illinois, and Texas—to bills in states like Ohio, which would eliminate its 20-year statute of limitations in rape cases. At least 17 other states are considering similar measures, as reported by Al Jazeera America last year. These bills continue to be championed by leaders such as former State Senator and former gubernatorial candidate Wendy Davis. However, while there are ongoing initiatives to tackle the already accumulated rape kits, there still lies the problem of making future rape cases and rape kits a top priority.

Already, there are a few laws around the country to address future problems. A bill in Maryland introduced February 2014, titled “Sexual Assault Survivors’ Right to Know Act,” would allow survivors to track their kits’ progress through a system. In Tennessee, a measure mandates rape kits to be tested within six months.

However, just as there are ongoing efforts, there are also ongoing hindrances. In Tennessee, which has already taken steps to curb the rape kit backlog and to combat future rape cases, the Republican majority in the state Senate voted last year against a Democratic amendment that would allocate $2 million to start clearing the state’s backlog of untested rape kits. In a state that is facing over 12,000 untested rape kits backlog, funding rape kit testing remains an unresolved problem. On the national scale, Congressional Republicans have promised to slash new spending initiatives in President Obama’s budget, including the over $61 million towards sexual assault rape kits and research.

Necessity for Cultural Shift on Sexual Assault Although there are many problems facing the rape kit backlog, including funding, the root of the problem lies with the fact that on a local, state, national, and international level, there is an attitude of not taking rape seriously. Sexual assault is not only a crime against an individual, but it is a crime that threatens and divides communities. As long as rapists are free, it is a public safety issue. We have to remove the stigma of not engaging in conversations about sexual assault, and discussing within our communities on basic human rights. By beginning this conversation, we can adopt a sense of urgency and need to tackle the problem. When we have identified sexual assault and rape as problems plaguing our communities, inertia and lack of will on the part of those who have the power can be called out.

ACTIONS NEEDED: There are several ways you can take action on this issue.

Identify the extent of the problem. Activists should check with the local law enforcement and local government officials to determine whether there is backlog of untested rape kits in their community. Find out more about the age of these untested kits, current policies related to processing the rape kits, and whether there are sufficient funds to conduct the testing.

Pass legislation/reforms. See if you can get an elected official (city council member, local state legislator) who will work with you to introduce reforms/pass a law that requires law enforcement agencies to count, track, and test all untested rape kits and set a timeline for clearing any backlog.

Increase public awareness. Call a press conference to announce your findings or, at least, write a press release detailing what you have found. Post the information on your chapter website and use social media to increase awareness and keep up the pressure to get these rape kits tested.

Facts about rape kit testing, the backlog, government action and a guide for activists