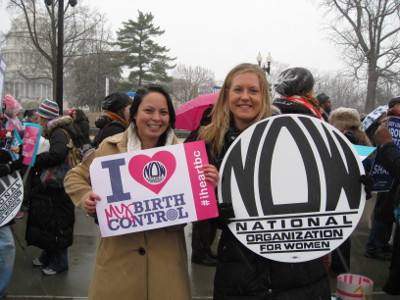 Indiana RFRA Law Inadequately Revised: You may have heard about the Indiana Religious Freedom Restoration Act (IRFRA), that many believe attempts to weaken progress the country has made towards equality. Disguised as a law to protect the freedom to exercise religion, the LGBTQIA issues with the original IRFRA have shown the country an even larger problem.

Originally, Indiana’s RFRA granted for-profit businesses the right to exercise religion without protecting gay and transgender citizens from discrimination. While the revised law, which comes after an intense public outcry condemning the IRFRA, prohibits the use of the RFRA to defend certain types of discrimination on the basis of religious exercise, the situation is far from perfect. The law can still be used to deny rights in areas such as education and health care access.

Some may now think that Indiana has barred discrimination against the LGBTQIA community with the revisions, but this is far from the truth. Indiana, along with 27 other states, does not have nondiscrimination protection for these individuals on a statewide basis[i]. Gov. Mike Pence ( R ) of Indiana points to Illinois, a neighbor to Indiana, as having a RFRA and therefore, justifying Indiana’s law. He failed to mention the fact that Illinois has a ban on discrimination based on sexual orientation[ii]. The fight to protect the LGBTQIA community and other groups is just beginning.

Indiana RFRA May Permit Child Abuse: Child abuse has long in our history as a nation been justified by the exercise of religious freedoms. The abuse can range from exemptions for parents to vaccinate their children to medical neglect. We have seen freedom of religious exercise used in courts in Idaho to protect parents imposing harmful beliefs on their children, to the detriment of children’s health.

Idaho, along with other states, enacted in the 1970s a religious exemption for parents who believe in faith-healing to neglect the medical needs of their children. When a bill was introduced in 2014 to repeal the harmful exemptions, Republicans shot it down in the name of religious liberty[iii].

With this RFRA comes another opportunity for religious parents to deny their children proper health care and escape responsibility for the disastrous and sometimes fatal consequences.

Just as a RFRA could increase incidences of child abuse and neglect without holding parents responsible, a RFRA could provide legal justification to domestic violence. Some who commit domestic violence may argue their religious beliefs allow a husband to discipline his wife as he sees fit. Attorneys have said that while spousal abuse may ultimately not be protected under the guise of religious freedom, the claim under an RFRA could slow down an investigation or trial[v].

Hobby Lobby Decision Spawns RFRA Laws: Since the 1993 passing of the federal Religious Freedom Restoration Act (RFRA) and a subsequent 2003 revision as the law applied to states, 19 states have passed laws similar to the federal’s law. However, in just this year alone, 15 states have had RFRA’s introduced, with Indiana’s becoming law. Why has this type of bill become so popular recently? The RFRA epidemic is the result of the Burwell v. Hobby Lobby decision, which has granted religious zealots the opportunity to legalize discrimination.

Ginsburg’s predictions have unfortunately come true, not a year later. The Hobby Lobby decision is serving as an impetus for this legislation as for-profit businesses are now given the same religious rights as individuals and churches.  The Supreme Court in Hobby Lobby, as we know, ruled that the owners of private, closely-held corporations were exempt from providing contraceptive coverage through insurance to employees mandated under the Affordable Care Act. The decision extended rights originally guaranteed to individuals and churches to private businesses[vii].

Other States Follow Suit: Indiana is not alone. In total, 20 states have these laws, and while Indiana’s language is indeed more harmful than most, other states are looking to expand their already existing RFRA laws to mirror Indiana’s new one. In Texas, their RFRA was passed in 1999. Recently, conservatives in the state have filed legislation to add a religious freedom amendment to the Texas Constitution. The frightening thing about these proposed amendments lie in the wording: whereas “substantially burdened” once stood to determine the level to which a person’s right to exercise religion was infringed upon, the new amendment will only use the word “burdened,” granting religious zealots more lee-way in claiming their rights were infringed upon.

North Carolina has a similar RFRA bill in both its House and Senate. The bill has been accused of containing the weak language that could expand legal discrimination.  Just as in certain proposed Texas amendments, the bill in North Carolina prohibits “burdens” on the exercise of religion, rather than the typical “substantial burden.” North Carolina Gov. Pat McCrory ( R ) is at odds with his Republican friends in the state legislature, as he says he will not sign the bill as it is written[x].

Louisiana is the most recent state to enter this religious freedom controversy. Introduced recently into the state legislature, the new bill would allow private businesses to blatantly discriminate against the LBGTQIA community. Not only would those business be allowed to refuse service to same-sex weddings, they would also be permitted to deny “benefits to employees in same-sex marriages.[xi]”

Troubling is the support coming from Louisiana Gov. Bobby Jindal ( R ), who believes that businesses should be able to refuse service for same-sex weddings. As the legislation works its way through the state legislature and onto Gov. Jindal’s desk, Louisiana will be the state to watch out for.

RFRA Stamps Out Real Freedom: Supporters of the religious freedom laws praise the laws as protecting every citizen’s right to practice their religion and adhere to their beliefs. Does this claim seem hypocritical to anyone? One group of people is allowed to discriminate against another group of people based on their religious beliefs. So supporters are suggesting only people with discriminatory religious beliefs are allowed to be themselves and live their life the way they wish? Those advocating for the bill are only concerned with protecting hateful and intolerant religious zealots and completely unconcerned with how this potential discrimination will infringe on the rights of other people, namely the LGBTQIA community, children, domestic violence victims and others.