How to use: Right click, with your mouse, on the image and “save as picture”. You will need a copy of this image saved on your computer to upload to Facebook and Twitter. 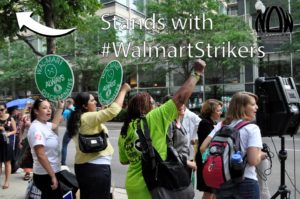 Facebook caption: This Black Friday – and every day — we stand with Walmart strikers. Will you?

Tweet: This Black Friday – and every day — we stand with #WalmartStrikers. Will you? 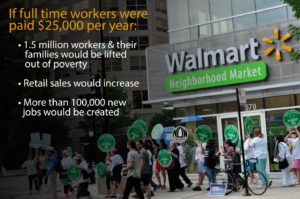 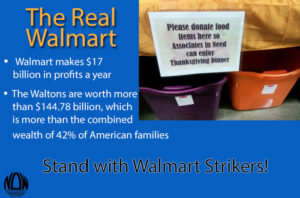 Facebook caption: Walmart says it’s all about: Save money. Live better. But at what cost? Read more about it here: http://j.mp/IeCNVN

Tweet: .@Walmart says it’s all about: Save money. Live better. But at what cost? Read more @ThinkProgress: http://j.mp/IeCNVN #WalmartStrikers 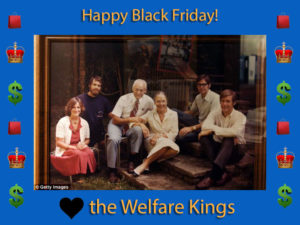 Facebook caption: Walmart workers are forced to rely on public support – to the tune of $900,000 at just one of the company’s 4,000 stores. But the Walton family — majority shareholders of Walmart — are worth more than $144.78 billion. Makes you wonder: who are the real welfare kings?