Unfortunately,  typical questions for victim of domestic violence include, “Why are you staying with him?” or “Why don’t you leave?” These questions are extremely problematic. They attack the victim by putting her at fault for staying with an abuser and take the spotlight off of the abuser – the person really at fault. In the wake of Ray Rice’s crimes against his wife, domestic violence has been at the forefront of the national news, revealing the ways in which our media and culture perpetuate victim-blaming.

For recent proof that our society encourages victim-blaming, we look to a very traditional cornerstone of U.S. culture: the Miss America pageant. Controversy often surrounds beauty pageants in the feminist community for myriad reasons – a discussion I’ll leave for another day — but I think I speak for us all in saying that this year’s pageant enabled abuse.

We all know how pageants go: a talent portion, a bathing suit portion, and the grand finale, the interview. This year’s interview portion proved particularly challenging when an entirely inappropriate and offensive question was asked; Judge Kathy Ireland asked Miss Florida, regarding Janay Rice’s public announcement that she intended to stay with her husband, Ray Rice: “As a woman, what do you think of her decision?”

Sadly, this question accurately represents what the conversation surrounding domestic violence tends to look like in our country. However, this conversation is heavily flawed. This question and similar ones asked nationwide are problematic because they invite the answerer to condemn Janay Rice for staying with her husband. They expect the contestant to judge another woman without any knowledge of her personal situation. They imply that leaving an abuser is a decision that a survivor always has the privilege to make safely. 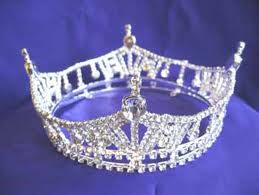 The pageant’s winner, Kira Kazantsev, a survivor of domestic violence and advocate for the cause, expressed her discontent, “I want people to stop asking, ‘Why doesn’t she just leave?’ Every woman is an expert in her own case, and there are so many extenuating circumstances that lead to a woman staying with her abuser.”

The Miss America pageant missed the opportunity to have critical and productive discussions about the pressing topic of domestic violence on a national stage.  This incident stands as a symbol of the institutionalized victim-blaming that exists all around us. Victim-blaming makes the conversation one sided, keeping the voices of abusers dominant and forcing the voices of affected women to be silenced.

So how do we, as women, stand up against victim blaming when it is so pervasive in our culture?

At the outbreak of the Ray Rice case, women broke that silence by taking to social media with the hashtag #WhyIStayed, directly confronting these questions by highlighting the countless reasons that women in abusive relationships often don’t have the choice to leave.

Their safety or financial security may be threatened. Sometimes, even if they do have the choice to leave, they are manipulated to believe their partner’s behavior is not abusive. People often neglect mental and emotional control and manipulation as forms of abuse, leaving some women’s experiences feeling invalidated.

It is crucial that survivors have an outlet to share their stories and — though a hashtag may appear small — it allowed survivors to create a space to combat victim blaming by discussing their experiences on their own terms. Survivors were able to create solidarity and visibility in the face of a controversy that threatened to further silence their voices. These women related to Janay Rice and used their voices to form a collective source of empowerment for themselves, for Janay, and for their fellow survivors worldwide.

7 responses to “#WhyIStayed: Solidarity in a Culture of Victim Blaming”