After the Supreme Court decision affirming Hobby Lobby’s ability to withhold certain forms of birth control from their employees, I decided to check out Facebook to see how my friends and family felt about this decision. While plenty of my online nearest and dearest were just as outraged as I was, a certain kind of anti-sex positivity fueled many of the most heated posts I discovered. Behind every “Why should your boss pay for your birth control?” question, there was an implicit “Why are you even bringing up your sexuality right now? Put that away!” The Victorian-era sex norms we’ve explored in an earlier blog post were out again, turning women into sex-crazed animals pounding on Hobby Lobby’s door for their IUDs and emergency contraception or demure employees who would never, ever ask their employers to accommodate such a vulgar contraceptive mandate. 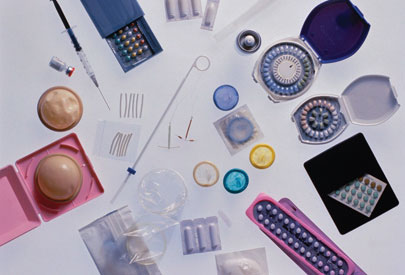 In response to some of the more vitriolic posts, many of my Facebook friends attempted to put a face to the issue, sharing their own stories of why they chose to use contraceptives. “Well, I’m on the pill because I have endometriosis. That’s a health issue! Of course I should be able to use that!” “I’ve already had three kids and I don’t want any more right now, so of course I’ve got an IUD. That’s being responsible!” There was, however, one argument that remained missing from the rebuttals—”Guess what? I’m sexually active and I’m using birth control because that’s part of my healthy sex life essay writers, which I have every right to have.” The very fear of admitting contraceptive use for explicitly sexual reasons—not for health benefits, not for family planning—had become clear through these Facebook statuses. These women felt like they had to qualify why they used contraceptives within a very narrow framework: It’s ok to use birth control if it’s for your health or if you’re using dissertation chapter 5 it within a monogamous, legally recognizable partnership, but it’s not ok if you’re using it for your own sexual autonomy.

With 99% of U.S. women who have had sexual intercourse using contraceptives at some point in their lives, the current debate does not reflect the lived experiences of most women. According to a 2011 Guttmacher Institute study, 86 percent of women use oral contraceptives (like the pill) to prevent pregnancy, while 58 percent also name health benefits. Hormonal contraceptive methods are routinely used to treat excessive menstruation bleeding and pain, acne, endometriosis and polycystic ovarian syndrome. About 1.5 million women actually use oral contraceptives exclusively for health purposes. This is fantastic—women should be able to readily access treatments for reproductive health concerns! But women should also be able to readily access contraceptives without feeling like they need to make a “valid” reason. Safe, pleasurable, autonomous sexual experiences can and should be just as acceptable as getting a hormonal IUD to help with bad cramps or prevent pregnancies for five years.

So how do we combat these taboos around sex and sexuality? How do we explain our choices outside of this limiting framework? I think the first step is simply talking about sexual health beyond the mechanics. We’ve all heard about getting tested and scheduling pap smears, but why aren’t we thinking about the pleasurable, emotional side of things too? As women, we’re socialized never to be selfish and never to put ourselves first look here http://samedayessays.org/buy-essay/, even when it comes to our desires. Changing the conversation to acknowledge that hey, women like to have sex too, becomes a way to resist the repressive, sex-negativity left over from our Victorian ancestors. So instead of silently observing my friends on Facebook attempt to qualify their experiences, maybe I should have put my own contraceptive choices out there—choices that aren’t primarily fueled by health concerns. All women should be able to access contraceptives for any reason, without clarification and without conforming to the “valid” reasons for birth control usage. Sexual pleasure is a huge, often forgotten, part of sexual health—let’s not cave to birth control opponents by leaving it out of the conversation entirely.