The following was compiled with the help of Duncan Stewart, Communications Intern Fall 2014

The National Organization of Women was founded as a grassroots activist organization to affect change on a city, state, and national level. In the year 2014, nearly 50 years since its founding, NOW is still committed to highlighting the strong local chapters across the country that persist in grassroots efforts to create political change. 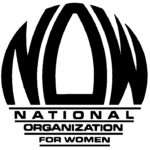 This year is an especially important year with a preponderance of anti-choice, anti-equal pay (anti-raising the minimum wage, anti-paid sick days, etc., etc.) candidates vying for seats in the U.S. Senate. NOW activists have been doing all they can to stop these ultra-conservative candidates and, on Election Day, to win it for women!

The following is a sample of what NOW chapters have been up to this year:

One response to “NOW Chapters Fight for Rights, Work to GOTV”