Legislation from Congress that threatens women’s reproductive freedom is nothing new to a feminist. However, the Hyde Amendment is particularly dangerous to women in need of abortion care.

The Hyde Amendment was passed in Congress in 1976 in response to the 1973 landmark case Roe vs. Wade, which legalized abortion in the United States. At the start of legal abortions, these procedures were covered by most medical insurance programs including the government program Medicaid, the primary health care service for low-income people in the United States.  Hyde was passed in order to deny abortion coverage under Medicaid.  This decision was upheld in a Supreme Court case in 1980, declaring that the provisions of the Hyde Amendment were not unconstitutional. 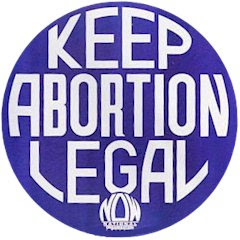 It is unacceptable to prevent any woman from making life-saving decisions about her body, but this piece of legislation was designed specifically to restrict access to abortion care for low-resource women.

It is harmful and discriminatory to place restrictions on access to reproductive healthcare for low-income women.. Women of color are more likely to receive a low income and therefore, use Medicaid at higher rates.  Additionally, women of color are the most likely to need abortion care at some point in their lives. The Hyde Amendment limits access to safe abortion care specifically to those who need it most.

Hyde set a legal precedent, and consequentially other laws have used it as a model to prevent coverage of abortion care in other spheres.  Laws based on the Hyde amendment have been expanded to prevent other federal programs, such as health care in the military, in the Peace Corps, and in federal prisons, from including abortion coverage.

Activists today are still fighting the Hyde Amendment.  For instance, the All Above All campaign, dedicated to defending the right to safe reproductive care for low-income women, embarked on a cross country tour in the summer of 2014 to raise awareness around Hyde and gain signatures for a petition encouraging lawmakers to lift the restrictions.  Every supporter brings us one step closer to the end of Hyde.

2 responses to “It’s Time to Say Goodbye to Hyde”