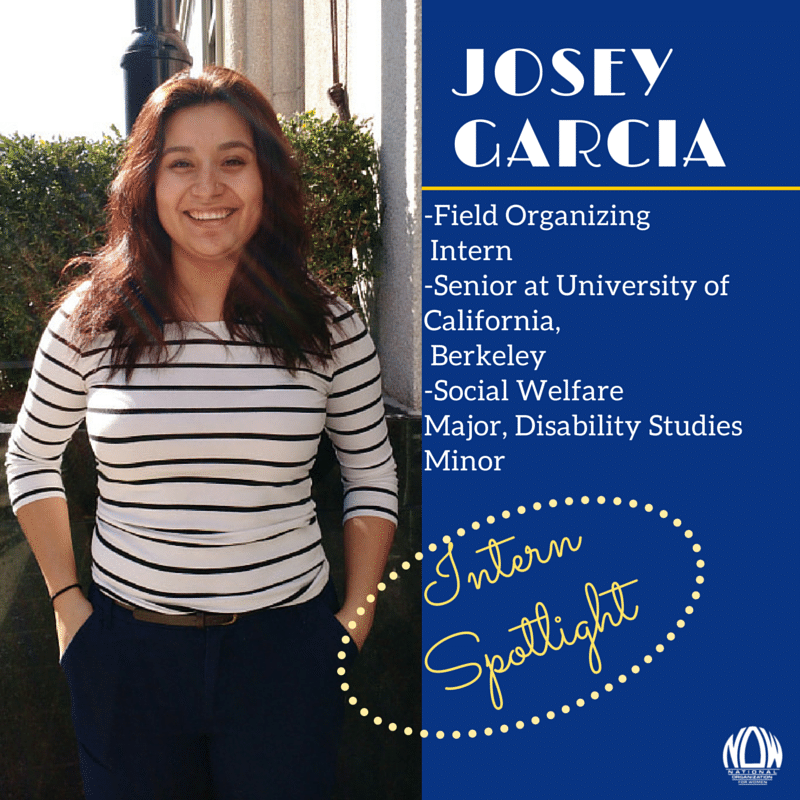 I was born and raised in an inner city neighborhood called Boyle Heights, which is east of Los Angeles. It is a neighborhood that is rich with Latino culture, but also populated by families who live at or below the poverty line. A neighborhood where many young women are dropping out of high school and getting pregnant, and where students are being pushed out of school and into the prison system.

Many women of color live with this double-edged sword because they face layers of discrimination due to their gender and the color of their skin. Through all the years that I have lived in Boyle Heights, I saw violence in the streets and in my own home. I assumed that the violence in my home was a personal problem, not a social problem. I was oblivious to the injustices suffered by my gender in society.

Feminism is not a movement about one single group of women and fighting for what they believe is important for them; it is about all people uniting to speak up and take action for all the wrong that is happening in the world. It means the pursuit to obtain equality for all, regardless of gender, age, race, socioeconomic status, religion, ability, etc. Feminism is and should be intersectional and inclusive. There are many faces of oppression that need to be addressed and dismantled, and through feminism, I have been able to do so.

I am currently an undergraduate at the University of California, Berkeley and I have taken courses that have sparked my interest in nationwide social problems such as domestic violence and discrimination against people with disabilities. After being exposed to the courses and organizations that I have taken and am apart of, I want to improve the lives of others by working with them, and the communities that they live in.

UC Berkeley is known for being one of the best public universities in the country, but it is also known for its activism. UC Berkeley has expanded my understanding and knowledge of social problems and injustices faced by oppressed groups of people. Courses such as Social Welfare Policy and Women with Disabilities have sparked my passion for domestic violence advocacy, disability rights, and equality for all. These courses made me realize that women with disabilities face double discrimination in society, and domestic violence services are often not accessible or inclusive to all those that need them.

The National Organization for Women (NOW) focuses on many issues that women face including but not limited to: ending violence against women, racial justice, reproductive rights, economic justice, LGBTQ rights, and constitutional equality. I have personal connections with particular issues that the organization focuses on. Due to personal experiences, I have made it a priority to stand up and speak up for myself, and all who have been a victim of oppression.

One response to “Intern Spotlight – Josey”