In their article “Gender, Race, and Media Representation,” Dwight Brooks and Lisa Hebert argue that the way individuals construct their social identities is largely shaped by media productions. The way people come to understand what it means to be white, black, Hispanic, male, female, heterosexual, homosexual, rural, or urban are all heavily influenced by the way those social categories are defined and interpreted in popular media. 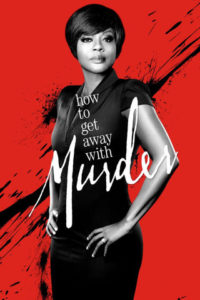 The Bureau of Labor Statistics reported that in 2013, 95% of people 15 and over spent an average of 2.8 hours each day watching television. The Motion Picture Association of America found that over two-thirds of the population of the U.S. and Canada went to the movies at least once in 2013. The highly visual nature of both television and movies makes these statistics even more significant. Movies and TV have power to construct the “normal” aesthetic of American society more than any other form of media. Casting choices become a significant force in shaping how people in the United States conceive of racial, gender, and body-size diversity in society.

With this far-reaching power to shape the culture of the United States, neither Hollywood nor television networks have done a very good job of representing society in an accurate, productive way. Earlier this year the Media, Diversity, & Social Change Initiative at University of Southern California released a report outlining Hollywood’s underrepresentation of all racial minority groups and women. The percentage of minority characters that had speaking roles in 600 popular films did not accurately reflect the racial make-up of society. Despite the fact that half of the U.S. population is female, less than one in four speaking roles were played by women.

Network (and even cable) television does not fare much better under similar scrutiny. Despite the major progress television has made in the past few years, television is still not truly reflective of our society. The news media has heralded ABC’s Scandal and How to Get Away With Murder as proof that television fairly represents black women now, but it is important to remember that both of these shows air on the same network. Other shows that are presented as beacons of diversity (new comedy’s Black-ish and Fresh off the Boat, for example) center the premise of the show around the fact that the characters are not white. Even Orange is the New Black, which broke ground in representation of black women, incarcerated women, and transgender women is centered on a white female protagonist’s struggle with imprisonment. While television has certainly made strides in becoming more racially diverse, we still have a long way to go.

Perhaps less noticeable but just as damaging than the dearth of non-white, non-male characters in Hollywood and on television is the scarcity of body-size diversity. While there are a few (almost exclusively male) actors in the media who don’t fit the “look” we have come to expect from Hollywood, those actors tend to be relegated to comedy roles that focus on their weight as a plot point. Though Melissa McCarthy (of Gilmore Girls and Bridesmaids fame) has seen a surge in success, her characters are often presented as strange, tom-boyish, or otherwise the complete opposite of the pretty, slim protagonist. She is often either desexualized or hyper-sexualized to compensate for her subversion of traditional beauty norms. Writers in both Hollywood and on television have no idea how to write for a woman who does not fit that ideal beauty standard.

The result? The majority of Americans do not see themselves, their families, or their friends represented in the media. If they do see themselves on a screen, they often see a caricature rife with hurtful stereotypes or one-dimensional personalities. The media tells women, communities of color, and LGBTQIA individuals that they are not worthy of being anything other than a sidekick because no one like them is ever the protagonist of a story worth telling. Rather than being representative and producing an inclusive culture, visual media outlets are constructing a culture of exclusion dominated by the thin, the white, and the male. Until Hollywood and network television say that everyone has story worth telling (no matter their race, orientation, gender, or waist size), only the privileged few can believe that they are the protagonists of their own stories.

Note: In light of the NOW Foundation’s Love Your Body Day (Oct. 14), we want to hear from you.  What does love your body mean to you? Is body acceptance a constant battle or a journey of self-discovery? How have you fought back against dangerous beauty standards? Tell us and we’ll post (anonymously) the best responses on our blog!