Growing up, every trip to McDonald’s or Burger King (my self-proclaimed “favorite McDonald’s) required a little bit of reconnaissance. Which was cooler: the “boy toy” or “the girl toy?” If we were going through the Drive Thru it was easy to get the toy you wanted. I’d always go “girl toy” if Barbie was involved in some way, shape, or form. Pokemon collectibles might warrant a little more subterfuge. (By subterfuge, I mean asking my dad to get the “boy toy.” In retrospect, this trick is a little less impressive than it seemed at the time.)

Dining in presented new obstacles. Sometimes the workers wouldn’t even ask. They’d see me and they’d see my brother, and they’d allocate girl and boy toys accordingly. Unfortunately, Billy was never willing to trade with me if I found my gender-designated toy to be underwhelming.

It never occurred to me how ridiculous this process was. As a girl, I was just supposed to get the girl toy. Any desire outside that stricture was mischief, my tiny interpretation of living dangerously. However thrilling my occasional quest for a Batman action figure might be, it was a little like playing pretend. Fun because it wasn’t what was considered “real” for me.

Gender performance has strict rules. They’re arbitrary, limiting, and used as a societal tool for control.

Luckily, fast food restaurants are increasingly banning the girl toy/boy toy dichotomy. McDonald’s in particular has made statements about ridding themselves of the terminology, replacing it with descriptors of the actual toy. Right now, Happy Meal order-ers are asked if they would prefer a My Little Pony toy or a Skylanders toy. The new system is especially good for kids in the drive thru, who might not otherwise know what toys were even available. 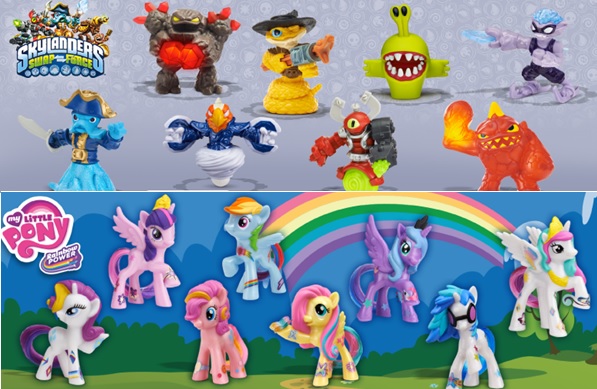 This shift is in part thanks to young girls who are more aware than I was at that age.  The intrepid Antonia Ayers-Brown describes the change she started at just 11 years old in this article.

We’re seeing the cracks in gender norms as our society increasingly accepts different people in different roles. Women have access to the front lines, and men are choosing to stay at home. Escaping the tyranny of boy and girl toys is just one more step in the right direction.