It is refreshing to see a bill proposed in Congress that supports women’s reproductive justice, especially after the disastrous U.S. Supreme Court decision in the Hobby Lobby case and the many anti-abortion (i.e. 20 week abortion ban) and anti-contraception (i.e. Blunt Amendment) bills that have come before Congress.

This bill does two things. 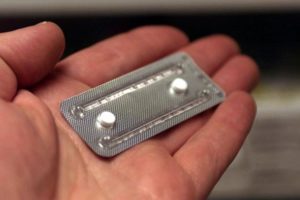 Under this legislation, all hospitals that are funded through Medicaid and Medicare would be required to give information about, and access to, emergency contraception to sexual violence victims when they arrive at the emergency room, without consideration as to whether they are able to pay.

Additionally, this legislation would require the Department of Health and Human Services to develop comprehensive, medically accurate, educational materials to be administered to the public and to healthcare providers.

Senator Murray has been fighting for greater access to contraception for years, but says that still not enough women are aware of their birth control options.

“Unfortunately, in spite of its increased availability, emergency contraception remains an underused prevention method in the United States, especially for survivors of sexual assault,” said Murray, after introducing the bill.

One in four teens do not know that emergency contraception is available, and therefore, often do not take it within the necessary time period. Further, 25,000 to 32,000 women in the United States become pregnant as a result of sexual assault. While some survivors of sexual assault may choose not to utilize emergency contraception, all survivors should be provided with the correct information and access.

A hidden benefit of the Emergency Contraception Access and Education Act of 2014 is found in its potential to challenge the policies of hospitals that are owned by Catholic organizations. Among hospitals run by the Catholic Church and hospitals that are federally funded by Medicare or Medicaid, there is some overlap.

This overlap could be enough to ensure that some Catholic-owned hospitals that have denied patients access to emergency contraception based on religious exemptions may now be required to provide it. (Between the years 2001 and 2011, the number of Catholic affiliated hospitals rose by 16 percent, making the concern about unbiased availability a real one.)

Women’s health should not be at risk in the name of the religious beliefs of others.  Every woman deserves the right to effective and inclusive medical care.