When we discuss domestic violence, we most commonly tend to think about physical violence and sometimes, even mental or emotional abuse. Financial abuse and the lack of economic security are often neglected as very real consequences that survivors of domestic violence face. 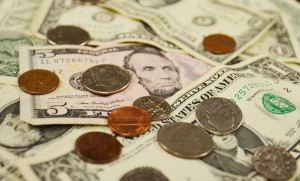 Especially following the creation of the hashtag #WhyIStayed  (a response to the Ray Rice case), it is crucial for the domestic violence conversation to critically examine the diverse elements at play in a woman’s life when she’s in an abusive relationship.

An overwhelming three quarters of women in abusive relationships reported staying with their abuser longer for financial reasons.

While this type of abuse often takes the form of limiting a survivor’s access to financial resources or refusing to provide them with financial support, it has also increasingly caused women to lose their own sources of employment;  only six states provide legal protections for domestic violence survivors against job loss.

Often, women are left with insufficient financial means after leaving an abusive relationship and must work at least one job to support themselves. Their jobs often take place in public buildings where their abuser still has access to them, leaving them at risk of attack.

Illinois, Hawaii, and New York City provide accommodations for the safety of survivors at work, such as changing their work phone numbers or desk locations. These are basic protections that should be widespread, as all survivors deserve safety and security.

Laws on the federal and state levels, and policies by employers, are necessary to prevent cases such as that of Carie Charlesworth. Charlesworth, a teacher in California, lost her job in June of last year when her abuser attempted to confront her at the school where she taught. School officials chose to fire her, rather than protect her, claiming she created too big of a risk for the school.

In another incident last year, a domestic violence survivor lost her employment at Chipotle Mexican Grill. Natasha Velez was told by her manager that her employment was terminated because she had “too many issues outside work” after an attack from her abusive partner left her with injuries that required her to take time off of work.

These may have been the cases that made news, but there are countless more that go unreported due to the stigma and discrimination that often comes with being a survivor of domestic violence. A study from the Family Violence Prevention Fund reveals that less than half of these workplace crimes against women are reported to an authority.

Legislation can help. At the federal level, the Security and Financial Empowerment Act was introduced to Congress in March of 2013, but has yet to move forward.

Some hope has been created for domestic violence survivors at the state level; for example, California governor Jerry Brown signed into law workplace protection for survivors after Charlesworth’s case made headlines.

To better ensure the safety and security of survivors of domestic violence, we must ensure their economic independence.

One response to “Domestic Violence and Economic Security”