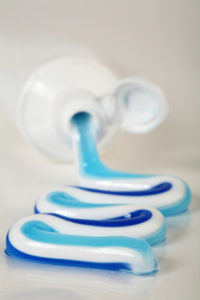 This exercise was one of my first introductions to abstinence-only sex education, in which teachers use cups, candy, and other household items to illustrate how “sullying your flower” sullies you to your very core. The lesson really had nothing at all to do with sex. It wasn’t education, it was systematic intimidation.

Growing up in a school district that accepted federal abstinence-only funding meant that the Toothpaste Incident of ’03 wouldn’t be the last of its kind. As we got older, the lessons became more explicit but equally damaging and unhelpful.

Moving onto middle school meant that some various sexualities were mentioned — we watched a low-production video that actually mentioned homosexuality, bisexuality and asexuality! But the message remained the same: sex will ruin you unless you’re married. In a state where gay marriage is illegal, the message carried an addendum for gay and bisexual students: you’ll just have to keep it in your pants forever.

Sometimes high school students would visit as part of the PEERs program (“abstain to attain!”) The organizers  hoped that we would believe what they were forcing on us if cool, older kids were the ones doing the “teaching”. But the middle school students knew these same high schoolers getting caught in secluded parking lots in various states of undress. (Or at least we were pretty sure. )

These teen mentors facilitated games to show how gross having multiple partners makes someone. Because contraception doesn’t exist in the alternate universe abstinence-only believers think we live in, everyone who had sex would probably die as a result — or worse. They also had us role play saying “no” to pushy partners — but consent was never explicitly discussed, and the only model for saying “yes” was in a bride and groom’s “I do’s”. The thinking seemed to be: if we’re pretending it’s the 1960s, we can pretend marital rape doesn’t exist, too.

By high school we all knew that sex education in our district was a joke. My health teacher explicitly said that if she mentioned contraception, she would get fired. She encouraged us to research it on our own, because teens are great at detecting lies on the Internet. Instead of providing us factually correct and comprehensive sex education, we looked at a slide show of what STDs will do to your junk, and then watched a video about pregnancy and birth.

In contrast, our drug education in class was extensive. Everyone was assigned a different drug, and we were tasked with researching how the drug is taken, its effects, and any street names. I didn’t learn what a dental dam is until college, but I knew several street names for tranquilizers at fifteen.

Attending my crowded, semi-urban high school without proper sex education meant that when sex did happen, nothing about it was safe. Rumors of pregnancies, induced miscarriages, abortions, and blowjobs in the bathrooms went alongside assurances that the pull-out method was good enough and birth control would definitely make you fat. Many of the pregnancies were soon confirmed, as several girls walked around school with swollen bellies and some disappeared from class altogether. After I graduated, there was a rumored HIV outbreak following the senior blood drive. These are the things that happen when no one knows how to properly use a condom. Fun fact: it’s speculated that most sexually active people in the US have herpes.

My sex ed experience made me furious. I was furious that I was being lied to, that someone else’s religious mores were being forced on me in a public school, that essential knowledge was being explicitly denied me under the guise of “education.”

Most kids in high school aren’t having sex, but that doesn’t mean they won’t someday. 95 percent of people have premarital sex at some point in their lifetime, so people who graduate from abstinence-only sex ed programs engage in the same behavior as everyone else, but they’re less prepared. They’ve never learned what healthy sexuality looks like and they’ve  never learned how to prevent pregnancy or STDs.

Abstinence-only coursework is detrimental to everyone. Contraception isn’t the sole worry of singles having casual sex with someone new every weekend. Marrieds like to avoid mistimed or unwanted pregnancies, too. You don’t wake up on your wedding day magically knowing which way on a condom is up or if diaphragms are even real.

Recently, President Obama presented a budget proposal that would end most federal funding for abstinence-only sex education. But at this point, it’s just a proposal. Teaching kids facts about sex, though nonnegotiable from a public health standpoint, is not viewed as a particularly popular proposal with voters.

If we were able to oust the scourge of abstinence-only, it’s doubtful it would be replaced at all, let alone by something better. Only 22 states require sex education be taught in public schools and only 19 states require sex ed to be medically accurate if it is taught.

What every student in this country needs is medically accurate, specific, inclusive sex education. My proposed curriculum:

At this point, too many public school systems are complicit in psychologically damaging, factually inaccurate, physically endangering sex education. We need to abandon regressive sex ed and give kids the facts.