When my co-worker first informed me that her paycheck from waitressing was often zero dollars, I was shocked and confused. How could the over two million waiters and waitresses employed in the United States be living on such extremely low wages? The reality is that they barely are.

The result is widespread poverty, since $2.13 is nowhere near a living wage. Tipped workers are three times as likely to live in poverty and 70 percent of tipped workers are women.  We aren’t ever going to close the wage gap if we don’t accomplish pay equity for tipped workers. 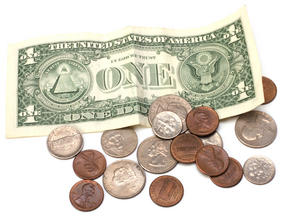 Laws that seek to adjust wages for tipped workers, like the law requiring employers to pay workers the standard minimum wage if their tipped income is lower, are often unenforced. Sometimes employers will fail to pass tips left on credit cards or will split up tips amongst workers, blatantly stealing money from their employees.

Thanks in part to a pay equity resolution passed at the 2014 National NOW Conference, NOW will work with allies in Congress to establish minimum wage rates for all workers. NOW chapters and state organizations are working with workers’ centers, union sand legislators to have their states eliminate the differential between minimum wage rates for tipped workers and other workers.

Raising the minimum wage as proposed above would only increase food costs at most by 10 cents a day for consumers, but it would benefit the roughly 29 million low-wage workers in the United States, 8 million of which are food system workers.

Pay equity for tipped workers is no longer an option—it’s a necessity for the millions of low-wage workers in the US who are being forced to live off of nothing but tips. Zero dollar paychecks are not uncommon, but they are unacceptable.

Learn more about raising the tipped minimum wage in NOW’s backgrounder on the issue. Also available in PDF format.

4 responses to “A Full Day’s Work, a Zero Dollar Paycheck”