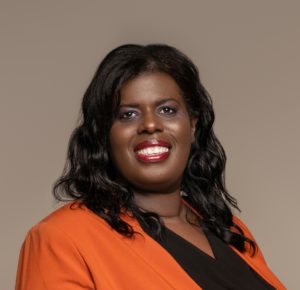 Christian F. Nunes, MBA, MS, LCSW,  became NOW president in August 2020. She was previously appointed Vice President by the board in May 2019. As the second African American president in the organization’s history, the youngest person of color, and the youngest president in more than 40 years, Nunes is leading the organization through an intersectional lens, bringing a diverse coalition of grassroots activists to work against structural sexism and racism.

Christian is a former NOW board member and committee chair, as well as a licensed clinical social worker, consultant, and woman-minority business owner. She is an active community organizer and public speaker, regularly featured at events such as the March for Black Women, Women’s March Events, and rallies around the country in support of the Equal Rights Amendment and immigration rights.  Along with her activism for mental health, Christian has more than 20 years of experience advocating for children’s and women’s issues.

Since assuming a leadership role at NOW, Christian has launched key initiatives such as the Unlock the Future campaign, which demands humane treatment for detained immigrant families, in particular women and girls seeking refuge from sexual violence, assault, and poverty. She led the creation of a Bill of Rights for Immigrant Women and Girls, which has been signed by thousands of supporters and cosponsors. She is also spearheading racial equity training for all levels of the organization, including NOW’s grassroots membership.

Christian launched NOW’s Racial Justice Summit in 2020 and has recently launched the 100 days of the Feminist Agenda Campaign in partnership with Black Women’s Blueprint and is planning webinar training institute for NOW members that will cover various topics.

Throughout her career, Christian has played an integral role in the drafting of policy positions with local and national coalition partners, including a recent collaboration with the National Coalition for the Homeless to draft legislation to provide housing, childcare, and supportive services for individuals in need, with a particular focus on homeless women and girls.

Christian is the founder of a behavioral health and consulting practice, where she assisted social service and behavioral health companies, as well as provided direct mental health services to individuals and families. Her expertise in mental health helps her to understand the direct experience of constituents and understand where policy and legislation is disconnected from the real experience of the people. “It helps me become a better activist and advocate, as well as understand the pieces that are often missing in policy and legislation,” Christian says.

As an advocate for social justice and mental health policy, she took up the role as Chair of the Mayor’s Commission on Disability Issues and co-authored a community survey on police response to crisis. Additionally, she has worked tirelessly to elect progressive candidates to school boards and local office positions.

Christian is often featured in media outlets including MSNBC, Business Insider, PRISM, Politico, the Huffington Post, Ebony, Black Enterprise magazine, Yahoo News, and many more national and local outlets. She received her bachelor’s degree in Social Work (BSW) from Northern Arizona University, her Master of Science degree from Columbia University, and her Master of Business Administration (MBA) from the University of Phoenix.