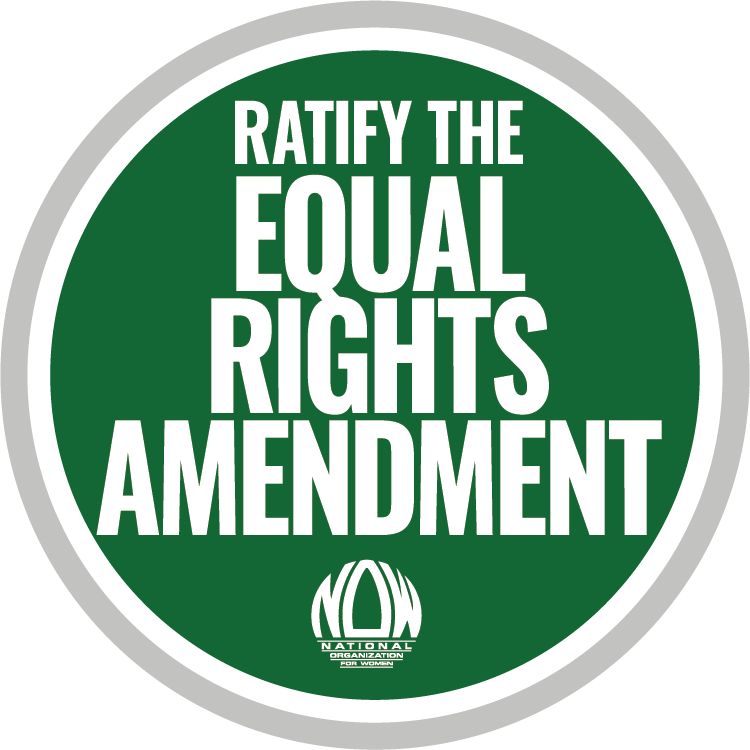 Women are still not guaranteed equal rights under the U.S. Constitution. NOW has made ratifying the Equal Rights Amendment (ERA) a top priority because equality in pay, job opportunities, political structure, education, health care, including reproductive health care, and education will remain elusive without a guarantee in the U.S. Constitution. An ERA would also make it significantly more difficult to roll back progress on women’s equality: an acute concern in our current political climate. NOW supports an intersectional interpretation of the ERA that uplifts the needs of all women including immigrant women, low-income women, women of color, women with disabilities, and the LGBTQIA+ community.

Now that 38 states have ratified the Equal Rights Amendment (ERA), it needs to finally be enshrined in the U.S. Constitution because it would guarantee equal legal rights regardless of sex – ending unjust legal distinctions between men and women in divorce, property, employment, and other matters. Every member of the House should vote for the bi-partisan legislation (H.J. Res. 17) sponsored by Rep. Jackie Speier (D-C.A.) with Rep. Tom Reed (R- N.Y.) that would remove the arbitrary deadline in the 1972 legislation.

Action Alert: Call Your Senators: No SCOTUS Confirmation Before Inauguration

Sign NOW’s Petition: Join the National Organization for Women (NOW) and sign the petition to demand #JusticeForAllNOW: No SCOTUS Confirmation Before Inauguration!

Activists across the country have pushed for the ratification of the Equal Rights Amendment (ERA) for over 30 years. Learn more about the strategies used to achieve constitutional equality.

Learn More! An Intersectional Approach to the ERA

This information brief examines how the ERA can be interpreted or used from an intersectional lens!

Want to learn more about the history of the ERA? Check out these awesome resources about Constitutional Equality!

This toolkit provides guidelines and suggested messaging around this issue for use on your social media channels.

Raise Your Voice: How to Lobby, Write an Op-Ed, or an LTE

A quick guide for those new to lobbying or writing for news outlets.