NOW is committed to fighting discrimination based on sexual orientation or gender identity in all areas, including employment, housing, public accommodations, health services, child custody, and military policies. NOW is committed to educational efforts that combat the adverse effects of homophobia, promote positive images in the media, and ultimately ensure civil rights protection for all. NOW asserts the right of LGBTQIA individuals to live their lives with dignity and security, and marriage equality for all. 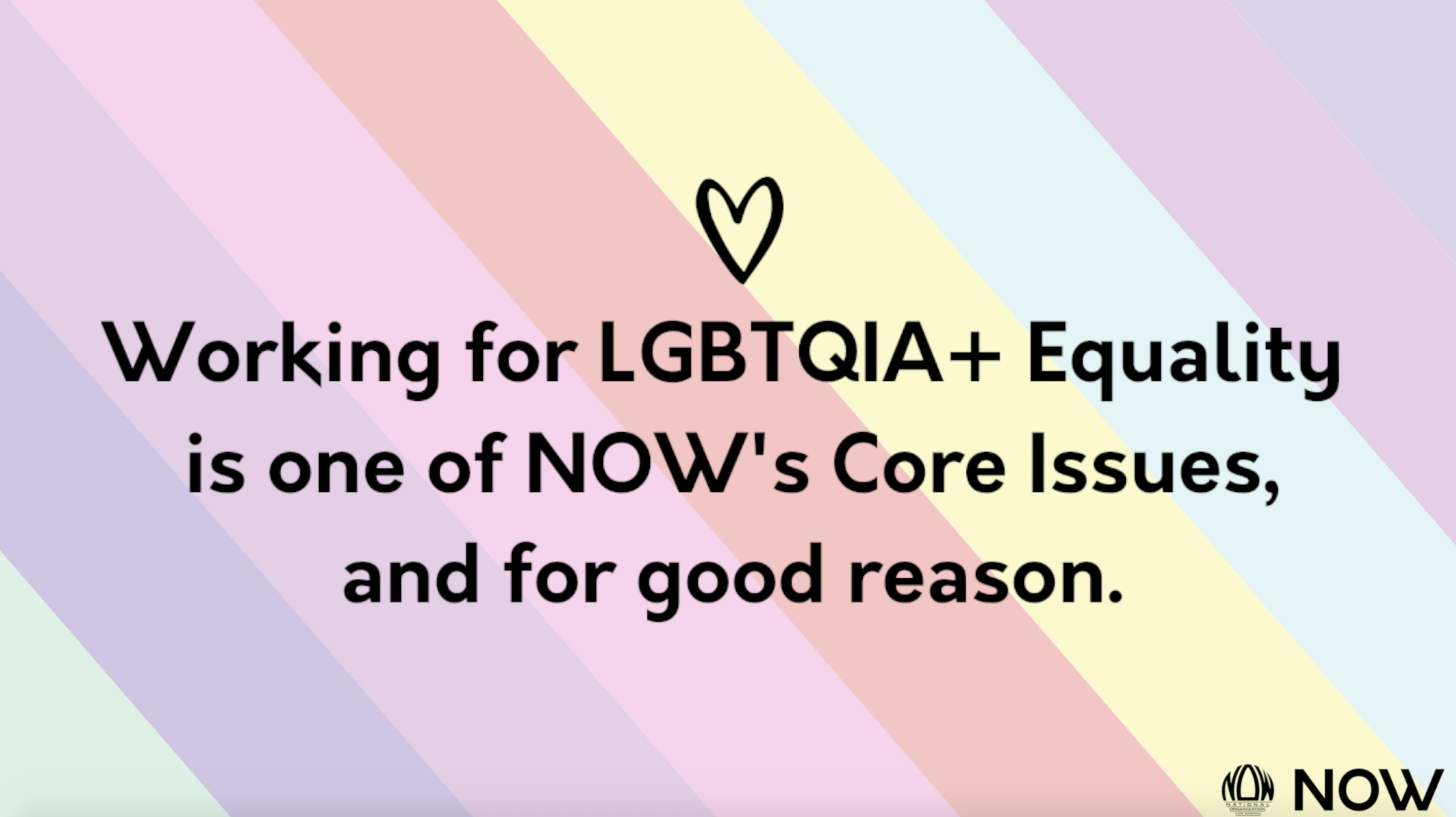 Posted by Kim on 07/14/2021
Pride month may be over, but it’s still important to bring attention to an identity that often doesn’t get much attention, even in feminist spaces. Asexuality, although more widely acknowledged now than in the past, is still often included only as an a Read more...

We Must Defend Roe—Before It’s Too Late

WASHINGTON, D.C. — Today is the 48th anniversary of the Supreme Court’s decision in Roe v. Wade that recognized the Constitutional protection of an individual’s right to abortion care.  It’s up to us to ensure that today isn’t the last time we mark th Read more … Read more...

WASHINGTON, D.C.—November marks Native American Heritage Month, a time to celebrate the over 575 tribal communities of the United States, their cultures, and the countless contributions Native and Indigenous people have made to our society. At NOW, we Read more … Read more...

Are You Freaked Out Over Amy Coney Barrett’s Supreme Court Confirmation? Read This.

“Right now, we have to get out the vote,” Nunes said. “Not only is this the most consequential election of our time from a presidential standpoint, but it’s becoming increasingly clear that we must flip the Senate and elect representatives that uplift the voices of women, the LGBTQIA community, immigrants, the working class, BIPOC Americans, and all those whose rights will be at risk under a conservative-led Supreme Court.” Read more...

A Feminist Agenda for the New Senate Means Equality for All

“Women have too much on the line this election and we will be the deciding vote. We are demanding a feminist agenda … women’s lives depend on it.” Read more...